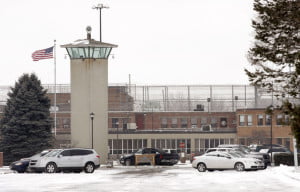 The notion of sex offenders as pariahs in correctional settings is not without foundation. Like the rest of society, prison culture is not immune to condemning those who engage in criminal sexual misconduct, especially in cases involving acting out against children. So too corrections officials approach the management of sex offenders differently than other classes of offenders, both in terms of assessing the risks they pose and the risks they face.

Whenever there is a conviction for sexual misconduct in an inmate’s background, regardless of whether it involves the offense of conviction for which the inmate is serving time, the federal Bureau of Prisons (BOP) applies a “sex offender” Public Safety Factor (PSF). This PSF results in a number of restrictions on the inmate, including:

·      Placement in at least a low-security institution. Sex offenders are disqualified from minimum-security (camp) placement, though many remain eligible for pre-release placement (halfway house and/or home confinement).

·      Although all are eligible for RDAP, contact offenders are not eligible for an 18 U.S.C. §3621(e) reduction for successful completion.

Sex offenders are housed in standard general prison populations. This tends to be a cause for client concern, especially in child pornography cases, since the standard demographic profile of many of these individuals is akin to an ordinary “white-collar” client. Experience shows that when other prisoners discover a client’s offense of conviction for child pronography, the response is more one of rebuke than reprisal (i.e., it is more likely that the client will be shunned than assaulted).

The Sex Offender Management Program – Nonresidential (SOMP-NR) is a moderate intensity program designed for low- to moderate-risk sexual offenders. The program consists of cognitive-behaviorally based psychotherapy groups, totaling four to six hours per week. Inmates are ordinarily placed in the SOMP-NR during the last 36 months of their sentence and prioritized by release date. The typical duration of the SOMP-NR is 10-12 months.

Most participants in the SOMP-NR have a history of a single sex crime; many are first time offenders serving a sentence for an Internet Sex Offense. The program is voluntary. Prior to placement in the SOMP-NR, prospective participants are screened with a risk assessment instrument to ensure their offense history is commensurate with moderate intensity treatment.

The SOMP-NR was designed to target dynamic risk factors associated with re-offense in sex offenders, as demonstrated by empirical research. These factors include: sexual self-regulation, deficits and sexual deviancy; criminal thinking and behavior patterns; intimacy skills deficits; and emotional self-regulation deficits. The program employs cognitive-behavioral techniques, with a primary emphasis on skills acquisition and practice.

By security level, SOMP locations are:

The Sex Offender Management Program – Residential (SOMP-R) is a high intensity program designed for high-risk sexual offenders. The program consists of cognitive- behaviorally based psychotherapy groups, totaling 10-12 hours per week, in a residential treatment unit employing a modified therapeutic community model. Inmates are ordinarily placed in the SOMT-R during the last 36 months of their sentence, prioritized by release date. The typical duration of the SOMP-R is 12-18 months.

Participants in the SOMP-R have a history of multiple sex crimes, extensive non-sexual criminal histories, and/or a high level of sexual deviancy or hyper sexuality. The program is voluntary. Prior to placement in the SOMP-R, prospective participants are screened with a risk assessment instrument to ensure their offense history is commensurate with high intensity treatment. The SOMP-R was designed to target dynamic risk factors associated with re-offense in sex offenders, as demonstrated by empirical research. These factors include: sexual self-regulation deficits and sexual deviancy; criminal thinking and behavior patterns; intimacy skills deficits; and emotional self-regulation deficits. The program employs cognitive-behavioral techniques, with a primary emphasis on skills acquisition and practice. The modified therapeutic community model is employed to address pro-offending attitudes and values.

Sex offenders purportedly comprise 40 percent or more of a SOMP location’s general population. Prisons with SOMP are often safer than others simply because of the number of sex offenders at the facility.

More information about the SOMP programs can be found at Bureau of Prisons Program Statement 5324.10 available at http://www.bop.gov/policy/progstat/5324_010.pdf.

The BOP Sex Offender Treatment Program (SOTP) is located at FMC Devens, and is also voluntary. The SOTP “employs a wide range of cognitive-behavioral and relapse prevention techniques to help the sex offender manage his sexual deviance both within the institution and in preparation for release.”

The Adam Walsh Act (AWA) provides for the civil commitment of high risk for violent sexual re-offense sex offenders upon completion of their federal term of imprisonment. See United States v. Comstock, 30 S. Ct. 1949 (2010) (affirming 18 U.S.C. §4248’s civil commitment provisions). AWA inmates are screened by a panel in D.C., and those that meet a threshold are sent to Butner, NC Medium II for observation.  If they are then recommended for commitment by BOP psychologists, the US Attorney’s Office files a petition in the Eastern District of North Carolina.  Contrary to popular belief, the civil commitment program is a very small program—so one has to be pretty special to get committed.

Sex offenders are eligible for pre-release placement (halfway house and/or home confinement). The BOP, as a matter of policy, notifies local officials about a sex offender’s anticipated transfer to or release into the community. See BOP Program Statement 5141.02, Sex Offender Notification and Registration (12/14/1998); see also 18 U.S.C. §4042(c). Concerns raised by local law enforcement about a particular prisoner’s transfer to a Residential Reentry Center (RRC) could bar halfway house placement. For example, law enforcement authorities in a given jurisdiction may classify sex offenders according to their offense and history, if any, of sex offenses. Depending upon the classification level assigned by local authorities, the halfway house, under contract with the BOP, may not accept the offender according to its established criteria. Similarly, zoning ordinances and sex offender registration requirements may interfere with a prisoner’s ability to transition to the release residence of his/her choosing.

The BOP, however, will soon be instituting a policy requiring halfway houses to accept sex offenders subject to local residency laws.