Consult with the Attorney Who Wrote the Book on Federal Sentencing 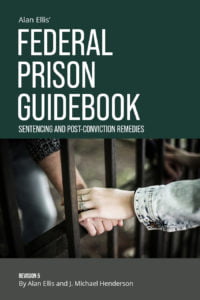 The Law Offices of Alan Ellis focuses exclusively on federal sentencing, prison and post-conviction work. The primary goal of attorney Alan Ellis and his legal team is to help every client obtain the lowest possible sentence at the best facility available with the greatest opportunity for early release. Mr. Ellis, founder of the firm, is a past president of the National Association of Criminal Defense Lawyers and is a Fulbright Award winner. He has 52 years of experience as a criminal defense lawyer, law professor and federal law clerk. The United States Court of Appeals for the Ninth Circuit has recognized him as a “nationally-recognized expert in federal criminal sentencing.” He is the author of the Federal Sentencing Guidebook, the Federal Prison Guidebook, and the Federal Post-Conviction Guidebook. He also co-authored a two part article on Federal Sentencing for The Champion, the monthly magazine of the National Association of Criminal Defense Lawyers.

From their offices in San Francisco and New York, the legal team at the Law Offices of Alan Ellis consults with defense attorneys and represents clients charged with or convicted of federal crimes throughout the nation.

Views from the Bench on Sentencing Representation, Parts 1–12

An Introduction to Federal Sentencing

Sentencing the White Collar Offender: A View From the Bench (July 9, 2015)

The Lowest Sentence, the Best Place, the Earliest Release: Part 2

“Federal Sentencing Under the Advisory Guidelines: A Primer for the Occasional Federal Practitioner – Part 1″, The Champion, July 2008

“Federal Sentencing Under the Advisory Guidelines: A Primer for the Occasional Federal Practitioner – Part 2″, The Champion, November-December 2008