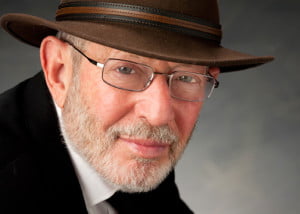 Alan Ellis, past president of the National Association of Criminal Defense Lawyers and Fulbright Award recipient, is a nationally recognized authority in sentencing, prison matters, appeals, 2255 motions and international prisoner transfers for foreign inmates with offices in San Francisco and New York. He has been practicing law for over 50 years.

Alan and his law firm endeavors to obtain for its clients the lowest possible sentence and if it is one of incarceration placement, the best prison possible with release at the earliest opportunity through prison programming, appeals, Rule 35 motion, 2255 and Compassionate Release motions and international prisoner transfers for foreign inmates.

He is co-author of the Federal Prison Guidebook:  Sentencing and Post-Conviction Remedies.  He also publishes three quarterly e-newsletters with a combined readership of over 18,000 judges, lawyers, prosecutors and U.S. Probation Officers:  Judicial Updates: Views from the Defense, White Collar Updates and Alan Ellis’s Updates.  He is a sought-after lecturer in criminal law education programs and is widely published in the areas of federal sentencing, Bureau of Prisons matters, appeals, Rule 35 and 2255 motions, with more than 180 articles and books and 85 lectures, presentations and speaking engagements to his credit.

During the past four years, Alan has interviewed over 35 Federal judges for a series of articles on Law 360 and Federal Lawyer Magazine on effective sentencing representation.

Alan has been described as “one of this country’s pre-eminent criminal defense lawyers” by Federal Lawyer magazine.  The United States Court of Appeals for the Ninth Circuit, in a published decision, identified him as a “nationally recognized expert in federal criminal sentencing.”  KGO TV—the ABC San Francisco affiliate has called him “The best in the business.”

Alan was a Visiting Professor of Law, by way of a Fulbright award from the U.S. State Department, to conduct lecturers at Shanghai, China Jiaotong University School of Law on the protections afforded criminal defendants in America.  He was the first American criminal defense lawyer ever to be invited by the Chinese and United States governments to teach in China.

In addition to serving as President of the National Association of Criminal Defense Lawyers, Alan also served as President of the American Civil Liberties Union (ACLU) of Central Pennsylvania, the Board of Directors of the Prison Law Offices in California, the Board of the National Council on Crime and Delinquency, and is a unanimously elected Fellow of the American Board of Criminal Lawyers (ABCL).

Before entering private practice, Alan was an Assistant Professor of Law at Golden Gate University School of Law in San Francisco, and a Lecturer in Business Law at the Wharton School of Business and Finance at the University of Pennsylvania in Philadelphia.  He was also a law clerk to two federal judges.