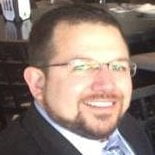 Mark H. Allenbaugh, a sentencing and mitigation consultant with the firm, is a nationally recognized expert on federal sentencing, law, policy and practice. He heads up our firm’s COVID and the BOP task force. He is a co-founder of Sentencing Stats, LLC, which provides attorneys and their clients with expert statistical analyses of federal sentencing data and trends. He has served as co-chair of the Sentencing Committee for the National Association of Criminal Defense Lawyers; chair of the Federal Sentencing Guidelines Task Force for the D.C. Chapter of the Federal Bar Association; and as a non-voting member of the U.S. Sentencing Commission’s Practitioner’s Advisory Group, and a member of the ABA’s Corrections and Sentencing Committee.

Mr. Allenbaugh’s firm Sentencing Stats, LLC has access to the U.S. Sentencing Commission’s sentencing datafiles from 2002 to the present. These datafiles contain thousands of variables for every defendant sentenced under the U.S. Sentencing Guidelines nationwide, which report everything regarding the sentence imposed, to all pertinent offender traits. These data allow him to provide precise statistical and trend analyses for clients and counsel in support of the lowest sentence possible.