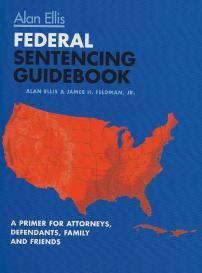 The primary goal of attorney Alan Ellis and his legal team is to help every client obtain the lowest possible sentence at the best facility available with the greatest opportunity for early release. Mr. Ellis, founder of the firm, is a past president of the National Association of Criminal Defense Lawyers and is a Fulbright Award winner. He has 40 years of experience as a criminal defense lawyer, law professor and federal law clerk. The United States Court of Appeals for the Ninth Circuit has recognized him as a “nationally-recognized expert in federal criminal sentencing.” He is the author of the Federal Sentencing Guidebook, the Federal Prison Guidebook, and the Federal Post-Conviction Guidebook. He also recently published a two part article on Federal Sentencing for The Champion, the monthly magazine of the National Association of Criminal Defense Lawyers.

From their offices in San Francisco, New York and Shanghai, the legal team at the Law Offices of Alan Ellis consults with defense attorneys and represents clients charged with or convicted of white collar and other federal crimes in Federal courts across the nation and abroad .

The firm makes extensive use of its three mitigation specialists: two of whom are former United States Probation Officers, the other is a forensic licensed clinical social worker, and two federal prison consultants formerly employed at a high level by the Bureau of Prisons. These experts help the firm’s attorneys identify mitigating factors in a client’s criminal case that could affect a judge’s sentencing decision and secure favorable prison designations, placements, and deal with a client’s problems while incarcerated.

Advising on a Wide Range of Federal Criminal Cases

Changes in Federal Sentencing – The Booker, Gall and Kimbrough Decisions

Now, a sentencing court must determine the applicable guideline range, but it is no longer required to impose a federal sentence within that range. The Booker decision provides defendants with new opportunities and new risks. Courts may now impose sentences lower than the advisory guideline ranges as well as impose higher sentences, up to the maximum sentence provided by Congress.

Effective sentencing representation in the federal system now requires exceptional understanding not only of the guidelines, but also of the other legal criteria courts must take into account in fashioning the sentence. Mr. Ellis and other members of the firm have written widely and lectured on the impact of the Booker decision and the recent follow-up decisions in Gall and Kimbrough, which afford judges even greater leeway in fashioning an appropriate sentence.

For effective sentencing representation and consultation about prison placement in the federal system, contact the Law Offices of Alan Ellis.