In 1989, the Bureau of Prisons (BOP) implemented its first Residential Drug Abuse pilot program. Under it, an inmate who completed the then 12-month program received no incentive by way of reduction in sentence. That changed with the passage of the 1994 Violent Crime Control and Law Enforcement Act. This important legislation mandated a number of changes, the most significant of which authorized the BOP to provide up to a one-year sentence reduction for nonviolent inmates who successful completed the program now called the 500 Hour Comprehensive Drug and Alcohol Program (RDAP).The new act also required the BOP to provide residential drug abuse treatment for all inmates who where “eligible.” In May 1995 the BOP revised its policy in accordance with the Act to require a verifiable documented drug, alcohol, or prescription abuse problem before an inmate could be admitted to the program. 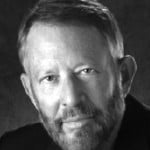