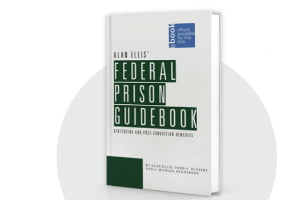 The Law Offices of Alan Ellis assists convicted defendants in obtaining designation and placement to the most favorable prison available as close to their home as possible. The firm utilizes the services of former high level Bureau of Prisons staff in attempting to achieve this result.

During their incarceration, inmates often want to be transferred to another prison facility. With the help of our federal prison consultants, the firm attempts to help defendants achieve this goal.

Also while incarcerated, inmates may find themselves in trouble with Bureau of Prisons (BOP) authorities prior to incarceration. The firm counsels these individuals on how to avoid these problems and when this is unavoidable, how to respond to charges that are brought against them.

From time to time inmates experience other problems such as medical issues which have not been adequately treated, sentence computation errors, halfway house placement, and home confinement issues.

How To Do Time: Federal Prison Guidebook

BOP Health Care: What You (and Your Clients) Need to Know, ABA Criminal Justice, Winter 2009

“Sins and Admissions: Getting into the Top Prisons” The Wall Street Journal, July 16, 2009