Federal Sentencing: Use of Video

In fall 2009, a client was facing sentencing in a small town after a lengthy trial. Not only was he facing sentencing in a case that had attracted national attention, he also faced an unsympathetic local community as well as an antagonistic press. It was clear to our defense team that a unique approach was needed to overcome these negative obstacles.

One of the most significant outcomes of the Booker decision is the new relevance of the client’s personal history and characteristics. (United States v. Booker, 543 U.S. 220 (2005).) Prior to Booker, the district court was restricted by the federal sentencing guidelines, a system that focused almost exclusively on the circumstances of the offense and the offender’s prior record. Most of the personal characteristics of the offender and the other factors outlined in 18 U.S.C. 3553(a), such as the need for treatment and rehabilitation, the need to pay restitution, and sentencing disparity, were not addressed by the guidelines and, therefore, were not considered by the court. The court’s focus was on the instant offense and offender’s prior record; it would not take into consideration an offender’s lifetime of good deeds, service to the community, nor positive contributions to society. Neither did the court consider substance abuse or mental health issues or the need for treatment.

While working as a sentencing mitigation specialist and as a federal sentencing attorney, it became apparent to us recently that, in certain cases, one of the standard methods of conveying to the court essential information about the client’s character lacked impact in its presentation. For example, even though we send the client detailed instructions, telling his supporters how to write a letter tailored to highlight his specific personal attributes and to provide specific examples of his kindness, the results often are lackluster recitations of the client’s good deeds and values. The information was meaningful; however, what was not reflected in the letters were the emotion and passion behind the statements.

In 2009, we were fortunate to assist in presenting such important information to the court for sentencing. The above case was high profile with a problematic trial in which an unpopular client was convicted in a small town. The barrage of media reports reflected poorly on the client’s character. There was, however, another side of the story that was not conveyed in the media accounts. What was not revealed was a lifetime of quiet, unassuming acts of humanity. Upon speaking with those closest to the client, what was striking was the emotion they expressed in relating his acts of kindness. But would they be able to convey that degree of gratitude they felt in a written letter to the judge— a letter mixed in with 50 others? Would the judge feel their appreciation? Would the judge hear their gratitude? Would the judge understand the impact of the offender’s kindness on their lives?

It was clear that something more was needed to convey these emotional and sincere sentiments. How should this information—the client’s private, humble, personal history, a side not viewed in the public eye—be presented to the court? At about the same time, a colleague had mentioned the use of video as a meaningful tool for sentencing in one of her cases. The case involved an autistic child; the video focused on the client’s extreme family circumstances relating to the care of this child. The video presented interviews with the child’s therapists and teachers and provided an inside view of the difficulties faced by the family in engaging the child in routine daily activities. Although the focus of the video was different than we had envisioned for our case, it seemed it was the perfect tool to deliver our message to the court. It was apparent to us that a character video, a video for the judge’s private viewing, would appropriately deliver these sentiments. Although the use of video has been around for many years, it had not been a common practice for use in presenting the character of a client to the court. It was an approach that could deliver the appropriate message in a case with an unpopular client and with unfavorable information presented at trial. The sentence imposed was significantly lower than expected. Although there were several reasons stated by the court at sentencing for the below guideline sentence, the judge acknowledged and emphasized the defendant’s history of good deeds and kindness towards others. It was clear that the emotion and sincerity of the sentiments expressed in the video had a specific impact on the judge’s decision.

What is the purpose or intent of the video?

When considering the use of a video, there is a tendency to think of it as a documentary. Selecting an experienced videographer is important. Some videographers had been involved in the production of movies or documentaries but had not been involved in character videos for the court. There were suggestions offered to add music, footage of the client or others walking down the street, pictures of family or places of relevance in the client’s history, and story narration. It is important to keep in mind that this is not a documentary; it is a character video. When some of these documentary- style elements are introduced, the true message can get lost in the “production” of it all. It may also appear that the defense is trying too hard. Sometimes less is more. It is the same concept as adding “everything but the kitchen sink” as factors in mitigation for the court to consider. Although it is important to mention all relevant factors for consideration, if the focus is not on the few strongest arguments, they lose their impact and credibility. In the case mentioned, there were many letters with good stories about the client’s character. The purpose of producing the video was simple. It was to focus on the most meaningful stories of his kindness and those that attested to his true character. It was the perfect way for the court to hear, feel, and understand the client’s character.

Who should be interviewed?

Determine your goal, choose the right people, ask the right questions. After interviewing clients, their family members, and other relevant persons for many years, determining the appropriate questions and obtaining the right kind of information might seem intuitive. It is a collaborative effort to develop a strategy with the client and the defense team in identifying which are the strongest mitigating factors and who is best suited to explain, provide examples, and verify these factors. The best material has been obtained by asking the appropriate questions and obtaining responses that prompted more pertinent questions, achieving a much better result than anticipated.

In addition to focusing on the client’s character, there may be other important mitigating factors to highlight in the video. In a more recent case, the goal was similar—to provide moving examples of her positive character, and also to demonstrate that the offense was out of character from the usual, ethical manner in which she had led her life prior to the crime. Those interviewed also commented on the client’s abusive childhood and need for mental health counseling. This information provided insight into the circumstances that contributed to her involvement in the offense. For example, the client had extraordinary family circumstances. Family members were interviewed to explain that since her husband worked nights, no one was able to care for their children. The offense occurred at work and a former coworker was interviewed to explain mitigating circumstances surrounding the offense conduct. While the focus of the video remained a character video and an accurate portrayal of the client’s positive character and impact on others, it was effective in exploring other mitigating issues.

What is the most effective method to present the video to the judge?

As a former federal probation officer, Tess Lopez routinely met with judges prior to sentencing and gained insight into what information is most useful and the most appropriate manner to present the information. Although it is important to know your judge, it seems again, that less is more. While there may be compelling reasons to play the video at sentencing rather than submit it to the court for private viewing and consideration, the latter may be a safer approach. In the case mentioned, the goal was to interview those who had truly moving stories about the client’s character, examples of his sincere acts of kindness, and the emotional impact they felt by his acts of kindness. It was important for those interviewed to know that their private thoughts were only to be viewed by the judge. This is especially important in high-profile cases because some of those interviewed may not want the public to know of their support for an unpopular client. It is our experience that people are able to relax, are more trusting and forthcoming telling their stories and expressing emotion if they know that it the video is meant for the judge and will not be played in public. In all of our cases where videos were used, the videos were submitted to the court as an attachment to the sentencing memorandum.

Another important factor to consider is that attaching it to the memorandum allows the judge to view the DVD in chambers and he or she can review it prior to sentencing when he or she is considering the appropriate sentence, not at the time of sentencing when many other factors are at play, or after the judge has already decided on a sentence.

The video must be compelling so as not to lose the judge’s interest. An appropriate goal is to keep the video under 25 minutes. Editing the information is time-consuming. After interviewing eight to 10 people—with a total interview time running 12 to 15 hours—some stories are eliminated and others are greatly condensed. However, choosing the stories with the most relevance to your goal and desired impact is an equally important part of the process. There is a concern is that the use of video will become commonplace so as to lose its impact. It is important to select cases carefully and choose only those cases whose mitigating circumstances are extraordinary or unique.

ALAN ELLIS, past president of the NACDL and former Fulbright Visiting Professor of Law, Shanghai, China, Jiaotong University, School of Law, practices in the area of federal sentencing, prison matters, postconviction remedies and international criminal law with offices in San Francisco, New York, and Shanghai. He is a contributing editor to Criminal Justice magazine. Contact him at AELaw1@aol.com or go to www. alanellis.com. 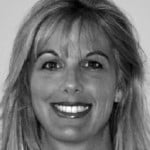 TESS LOPEZ is a former US probation officer for the Northern District of California, specializing in presentence investigations. Today she works in the private sector as a mitigation specialist. Contact her at tesslo2@yahoo.com.[/vc_column_text][/vc_column][/vc_row]